Section 4: Attainment of Some College Education 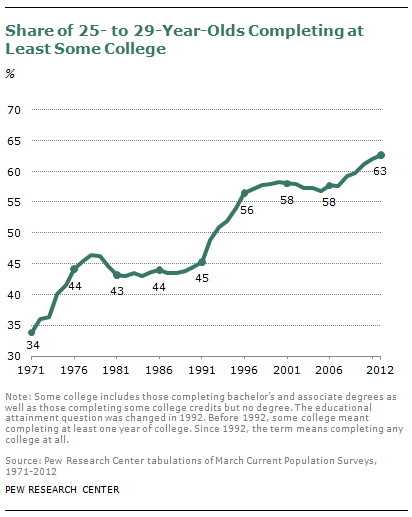 Record levels of attainment of at least some college education are being driven by: 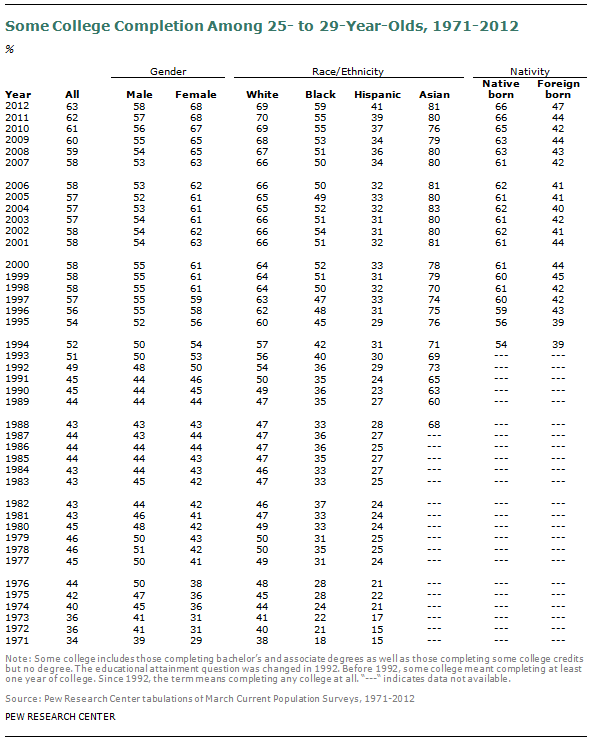 Next: Section 5: The Reversing of the "Educational Reversal" Next Page → ← Prev Page