Unlike the clear patterns for borrowing rates, the increase in the median amounts borrowed by graduates has been fairly uniform across subgroups of graduates. 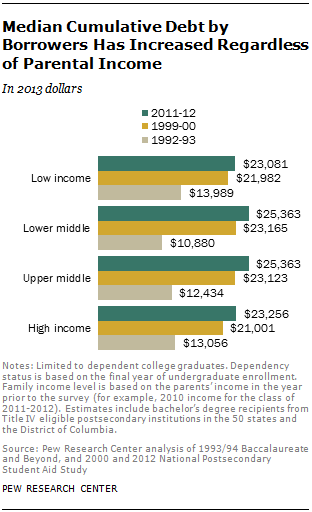 The median amounts borrowed roughly doubled regardless of parental education or gender (see additional figures in Appendix A).

Next: Ownership of Debt by New College Graduates Next Page → ← Prev Page