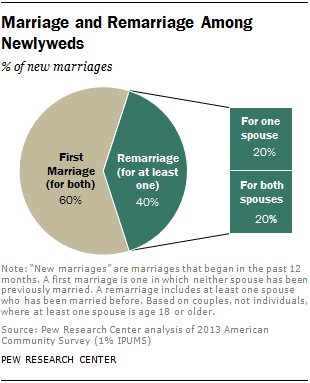 While the focus of this analysis so far has been on marriage and remarriage among individuals, it’s interesting to look at the dynamics of couples, based on whether both members are in their first marriage, or whether one or both have been married previously.

What proves most striking when comparing the profile of couples in a first marriage versus a remarriage are the age differences of the spouses. Age differences are far more prevalent among remarried couples than among those who are marrying for the first time. 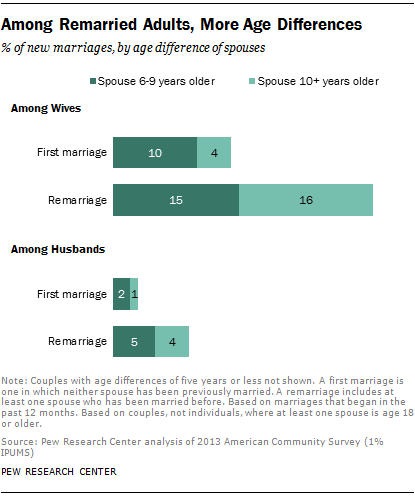 Next: Appendix A: Additional Table Next Page → ← Prev Page