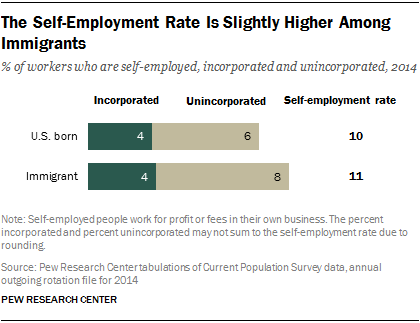 Among Asian workers, 11% of immigrants and 7% of the U.S. born were self-employed last year. The rates of self-employment among black immigrant workers (7%) and U.S.-born blacks (5%) were about the same. Notably, Hispanic and Asian immigrants were just as likely as U.S.-born whites to be self-employed. 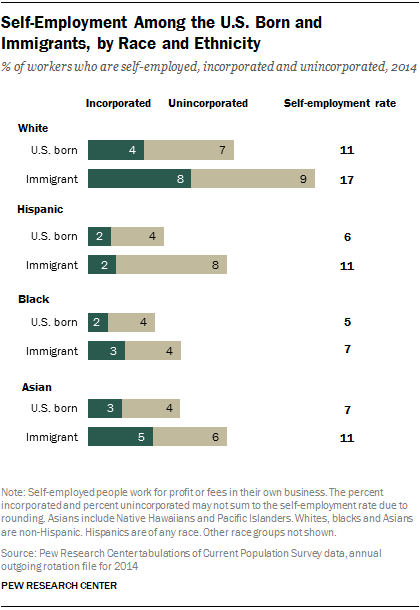 Thus, when considered by racial and ethnic groups, the evidence shows that immigrants are engaged in running businesses far more than U.S.-born workers. The magnitude of the difference is muted in the aggregate, however, because of the vastly different racial and ethnic composition of the two groups. The immigrant workforce is almost all minorities—some 82% were Hispanic, Asian, black or some other race in 2014. This drags down the self-employment rate for immigrants in the aggregate. On the other hand, the U.S.-born workforce was mostly white, while only 25% were Hispanic, Asian, black or some other race. 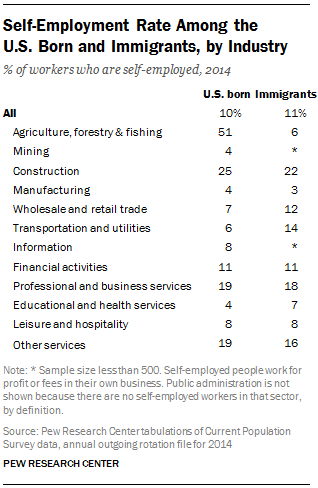 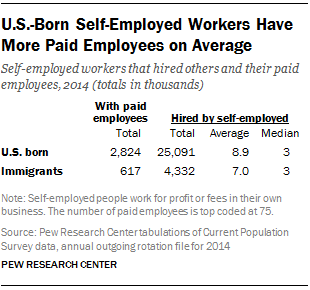 The average employment size of businesses run by U.S.-born and immigrant self-employed workers is similar. The U.S. born had 8.9 paid employees and immigrants had 7 employees in 2014, on average. At the median, both groups of workers had only three employees.