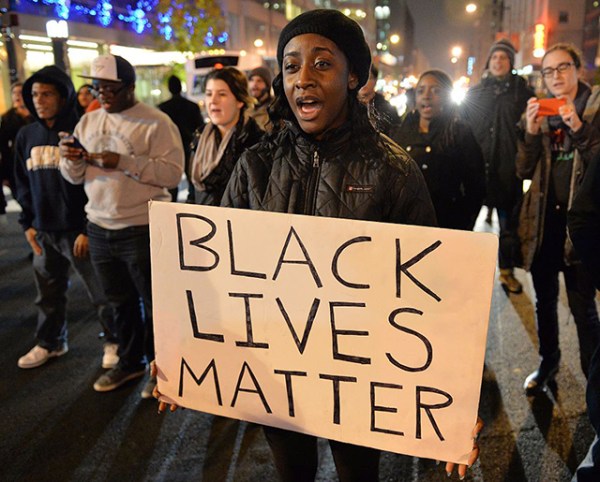 Protesters march on a street in Washington DC on December 05, 2014 during the third night of nationwide protests, after a grand jury decided not to charge a white police officer in the choking death of Eric Garner, a black man, days after a similar decision sparked renewed unrest in Missouri. Thousands of demonstrators marched in major cities across the United States on Friday in a fresh wave of protests against a spate of killings of unarmed black men by white police officers. Eric Garner died after being placed in a chokehold by New York police Officer Daniel Pantaleo while being arrested on suspicion of selling untaxed cigarettes in Staten Island. AFP PHOTO/MLADEN ANTONOV (Photo credit should read MLADEN ANTONOV/AFP/Getty Images)